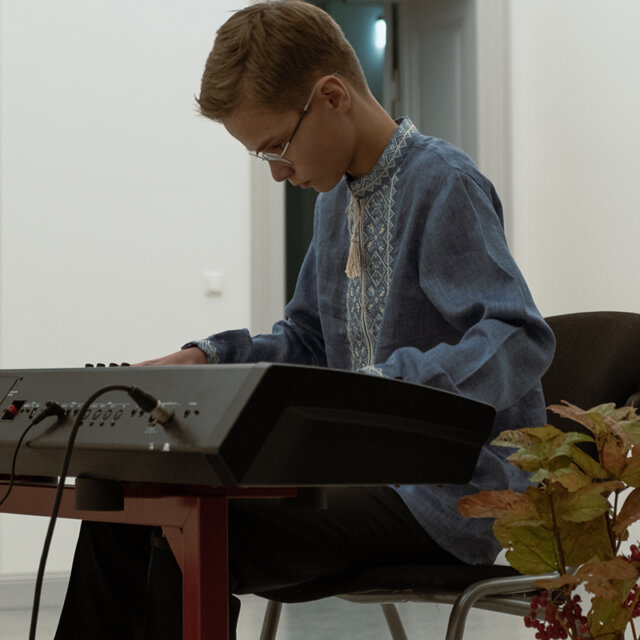 His programme began with a movement from the suite “Aus Holbergs Zeit”, op. 40 by Edvard Grieg. He then intoned “Melodia”, probably the best-known piece by the Ukrainian composer Myroslav Skoryk. Born in 1938 in Lviv, a city in western Ukraine, Skoryk began playing the piano at the age of six. In 1948, as Soviet repression increased, the Skoryk family was deported to Siberia. After Stalin’s death, when Skoryk was 16, he was finally able to return to Lviv. There he enrolled at the conservatory.

A remarkable composition is Myroslav Skoryk’s soundtrack for Sergiy Parajanov’s film “Shadows of Forgotten Ancestors”. The young composer created the outstanding neo-folk music with Carpathian Hutsul motifs for Parajanov at the age of only 26. The piano piece “Melodia” comes from this film music.